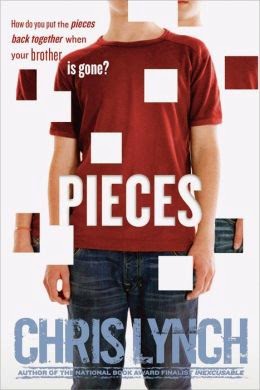 When Eric's brother dies, he is the only member of the family to resist the idea of allowing the doctors to harvest useful organs.  But after a year has passed and his parents have largely moved on, Eric becomes curious about the recipients of those pieces of his brother and reaches out to the people who received them.  Some of the recipients choose to remain anonymous, but three of them agree to meet.  The initial meeting surprises just about everyone and gradually a friendship develops between Eric and the people whose lives his brother's gifts changed.  It's an odd friendship.

The book starts out with an interesting premise but after a few moments of wonderment about what it means to have parts of your brother inside of strangers, the story starts to unravel.  By the end, it has become a disorganized mess of ideas and characters that largely failed to capture my interest.  I don't think Lynch really knew what to do with the story.  No character really develops and the original premise merely serves as an excuse for these disparate characters to interact.  The highlight of the book is actually a birthday party at Chuck E Cheese, but that could have been spun off as an amusing short story, as it has nothing to do with the story.
Posted by Paul at 3:14 PM