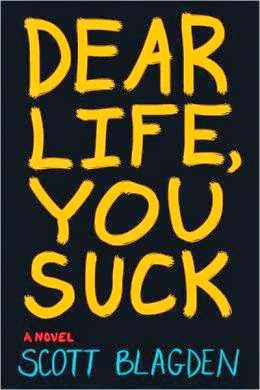 Cricket has had a pretty rough life.  Eight years in an orphanage in northern Maine have given him a home.  As the oldest resident, he takes care of the younger kids.  But his sense of responsibility also gets him into heaps of trouble, as he often lands in fights to protect the younger boys from bullies.  And, despite the pleas of the nuns who run the "prison" or the principal of the school, Cricket is convinced that violence is the only way to solve some problems.

The salient feature of this novel is Cricket's language, and a lot of the critical attention to this book has focused on Cricket's profane and rude banter.  It is a bit over the top and likely to offend many readers, but it makes a point:  Cricket doesn't really care what we (or anyone else) think of him.  Once you get used to it, the language fits the character.  And also, once Blagden has made his point and gets the story moving, the language gets dialed back a bit and the focus switches over to the action.  But beyond that, I appreciated the messiness of Cricket's life and Blagden's willingness to keep it messy.
Posted by Paul at 3:23 PM