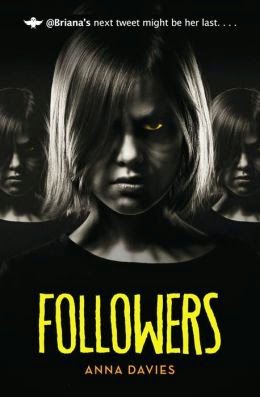 Something is rotten at MacHale, an elite boarding school outside of the town of Forsyth, Maine.  During winter term, the students are staging a production of Hamlet, but the production is plagued by death.  First, the school's drama teacher dies and is replaced by an eccentric and driven young director from New York.  Then a freak accident takes out the assistant director. Others mishaps and accidents follow.

The real story, however, is about Briana and her attempts to fit in at the school.  A recent transfer, Bree has tried to be accepted in order to appease her overbearing mother (an alumna).  Winning a part in Hamlet is part of that goal.  When she fails to do so, Briana finds herself saddled with the throwaway role of being the play's "Social Media Director," which involves stirring up excitement for the production through Twitter.

The blurb for the book makes these two plots sound intertwined but appears to largely be describing the final fifty pages of the book (where the body count rises and the plot's coherency fades).  The book succeeds best as a boarding school story -- a tired but usually effective setting for coming-of-age stories of under-supervised teens.  The overbearing mother fits in well and Briana has some interesting character flaws (vanity, insecurity, etc.) that are promising.  The homicides (which really don't kick into full gear until 3/4 of the way through the book), in contrast, just seemed distracting.  It felt like Davies took a decent draft of a book about Briana and tossed in some murders (and a Twitter account or two) to sell the MS to Scholastic as a horror piece.


[Disclosure:  I received an ARC of this book in return for my consideration and review.  No compensation was received.]
Posted by Paul at 2:18 PM