Lily and Taylor, by Elise Moser 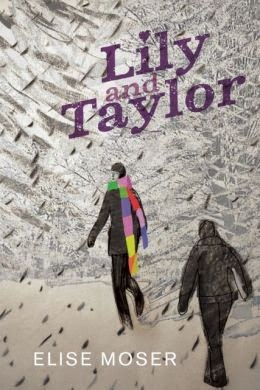 Over the years, Taylor has watched her older sister being brutalized by her boyfriend, and she has copied her sibling and acquired an abusive boyfriend of her own.  But when Taylor's sister is murdered, Taylor has to relocate to her grandmother's home and the physical distance provides her a break from her own boyfriend (not that that stops him from jealously tracking her in regular phone calls!).  Just before Christmas, he shows up at her new home and abducts her and her friend Lily, and takes them to an isolated cabin in the woods.

It's a brutish story that starts off with an autopsy and ends in terrible violence.  This is not a story for the squeamish.  No doubt, these two young women have horrendous lives, but the book itself feels exploitative and not very informative.

Moser does a great job of showing the brutality and depicting Taylor's inability to break out of the cycle, but she does a less successful job of explain how Taylor got in that place.  There's no story of how the boyfriend charmed her, of how he only slowly revealed his ugly side, and only oblique intimations of how Taylor had been basically bred to accept extreme physical abuse as a normal part of life.  All of that has to be inferred.

The job of telling Taylor's story is clouded up by Moser's desire to also tell Lily's story (of neglect and falling between the cracks of the system). Towards the end of the book, Moser does a much better job of belatedly explaining how Lily got to where she is.  It is ironic that Taylor's story is not similarly explained.
Posted by Paul at 7:00 PM