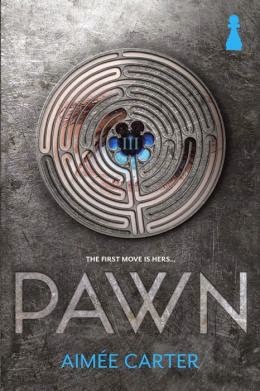 At the age of seventeen, in this version of America's dystopian future, every one has to take a test which determines their future.  Kitty never had big ambitions - just perhaps the chance to get into a decent job.  But when she fails the test because of her dyslexia, she gives up and decides to throw herself into prostitution instead.  That plan too goes awry and she finds herself offered the opportunity, instead, to enter the inner sanctum of the Hart family who rule the country.

But what in fact is she signing up for?  Once ensconced, she finds that the rulers may live a life of amazing luxury, but it is also a world of depravity and bloodlust.  Family members plot and counterplot to hold on to power -- a cycle of violence that Kitty finds herself drawn in to as a helpless pawn.

So, what is there to say about this new addition to the vast family of dystopian trilogies?  Not much. The setting isn't terribly plausible and, aside from an obvious dig at aptitude tests, there isn't much useful social commentary.  Instead, we have to look for interesting characters and a strong story.  Unfortunately the characters aren't terribly deep.  Aside from a constant barrage of empty threats to kill to protect each other, there aren't really any signs of passion.  There are at least two separate romances, but neither one feels real or elicits much interest.
Posted by Paul at 8:03 PM