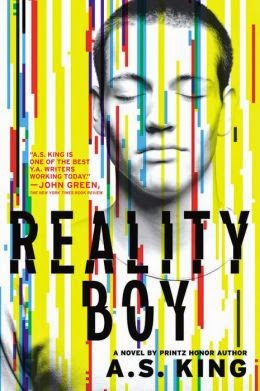 Gerald Faust has an anger management problem.  It's understandable if you knew the years of abuse he suffered from his older sister.  Never mind that whole experience with his family being featured on a reality TV show when he was five (he was the kid who kept defecating in public places).  Now 17 years old, Gerald can't shake his nickname (the "crapper") or the baggage of that TV experience.  His family's continued denial of the abuse that occurred doesn't help either.  However, he's trying to change and, with some inspiration from a similarly messed-up young woman, Gerald's going to find a way to face reality for a change.

A complex, rather depressing, and ultimately addictive story of bad breaks and breaking with the past.  There is a lot of unresolved stuff in this story and not a lot of happy ending, but the baggage that Gerald is carrying is significant and it isn't a story where a truly happy ending would have felt plausible.  Gerald is a tough guy and a tough character to like, but he's remarkably level-headed and charismatic.

King has a lot to say about the reality entertainment phenomenon and she says it well.  However, this is ultimately not a social critique, but really a domestic tragedy.  King's point that the television cameras oversimplified (and ultimately missed) the real story is her way of condemning the faux search for authenticity that the genre lives on.
Posted by Paul at 7:06 PM