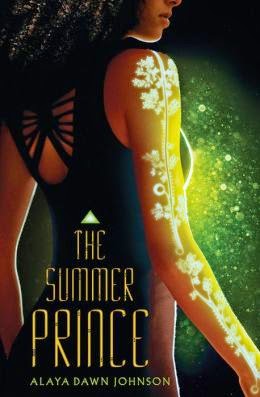 Many years in the future, in the land that was once the eastern Brazilian state of Bahia, the city of Palmares Tres now stands.  Built as a pyramid, it is a strictly hierarchical city-state, ruled on its top tenth tier by a queen and her assembly of "aunties." It is mostly a matriarchy, but the queen is chosen (and periodically reaffirmed) by the "Summer King" -- a young man who is elected, ritually sacrificed, and makes his selection of queen as he bleeds to death.

June Costa is a young artist with a penchant for guerrilla art.  She sneaks into forbidden spaces and erects installations to shock and surprise people.  When the new Summer King Enki is chosen, she discovers that he too is an artist.  They meet and together they create the most impressive art of her career.  But there is much more to the relationship and June regrets her growing closeness to Enki when she is reminded that he must soon die.

Set in a culture that imagines what Brazil will be like many centuries in the future, where race and ethnicity are fluid, and sexual relations even more so (the book features the most interesting love triangle between June, Enki, and Enki's boyfriend Gil - who is also June's best friend), this is a complex piece of science fiction.  There's dystopia, nanotechnology, body modification, and romance, all of which is set to a samba beat and that strange melancholy of saudade.  In sum, a brilliant piece of storytelling and one of the more original sci-fi works to come out lately.  I'm a sucker for unusual settings for science fiction and love any chance to move beyond the USA-as-the-model-of-the-future approach of the mainstream.  Johnson's book captures the true potential of a view of the future based on a dynamic alternative.
Posted by Paul at 5:10 PM