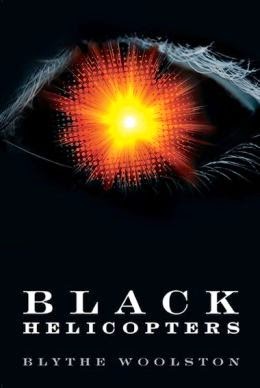 Valley and her brother Bo have been raised by their Da to survive in a frightening world.  They've been living under the radar and in secret ever since the death of their mother.  Da says it's the black helicopters that Those People use and he has trained the kids to be alert and cautious.  Relentlessly, the children have been trained on how to hide and how to fight back against their enemy.

One day, Valley and Bo return home from a mission to find their home destroyed and their father presumably dead.  Following their training, they set out on their own, avoiding contact with their parents' murderers.  They reach out to their father's network of friends and prove their worth taking on missions against the enemy.  But Valley wants revenge, and with a jacket full of C4 she intends to get it.

A short but chilling portrait of the paranoid world of domestic terrorists.  The story is a nail-biter and definitely hooks you in.  However, it's an odd story, with a lot of loose ends and poorly developed supporting characters.  Details are confused and don't entirely match up.  Some of this is stylistic (Valley's own confusion permeates the narrative), but some of it is simply overly concise storytelling.  The brevity that gives this thriller urgency also sacrifices character development.
Posted by Paul at 8:42 PM