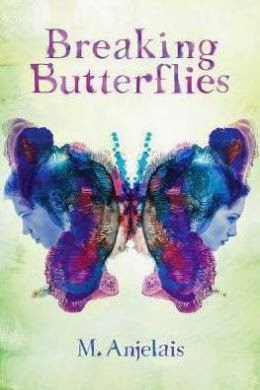 When they were seven, Sphinxie's mother and her best friend made a blood oath to be friends forever, become (respectively) an advertising executive and a fashion designer, get married and have one child each (a girl and a boy), and to see that girl and boy get married.  Most of their plans came true.  They stayed friends, realized their career goals, had a girl and a boy, and their children became close friends.  But the rest veered off plan.

From the start, the children were very different from each other.  The boy (Cadence) was exceptional in all ways (beautiful, talented, and charismatic), but the girl (Sphinxie) was timid, plain, and unremarkable.  Everyone, particularly Sphinxie, loved Cadence.  But then a shocking incident occurred where Cadence brutally attacked Sphinxie and the two children became estranged for many years.

Now sixteen, Sphinxie learns that Cadence is dying, and develops an obsessive desire to make amends.  It's a terrifying prospect as she fears her former friend, made the more so when Sphinxie discovers that Cadence's mesmerizing power over her (and his underlying sadistic cruelty) remains intact (and in fact has grown far worse).  Can she maintain her own sanity as she struggles to resist his madness?

A very creepy psychological thriller of a sociopath and a well-meaning young woman who thinks she can handle him.  At a few points, the pace flagged and sometimes it felt like the author had stretched credulity to get them to stay together, but most of the time the pace is brisk and the story shocking and irresistible.

Angelais's voice is lively and original.  It's an extreme credit to her as a writer that she makes this difficult tale work as well as it does.  Odd character names aside, these are interesting characters with strong and memorable personalities.


[Disclosure:  I solicited this book from the publisher for the purpose of writing this review.  No other compensation was received and the book will be donated to my local public library.  The book is scheduled for release on August 24th.]
Posted by Paul at 10:32 AM