This Song Will Save Your Life, by Leila Sales 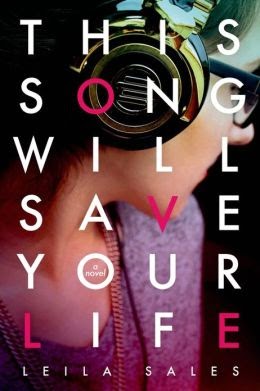 Elise is very driven and successful at most things she tries, except for the one thing that matters the most to her: having friends.  She's tried everything, but somehow she always ends up the outcast.  One night, during an evening constitutional, she runs across a late-night dance club and stumbles on to the world of DJ'ing.  As with everything else she's applied herself to, she finds that she excels at it and also discovers that being a good DJ can be a gateway to many other things: friends, admiration, and even romance.  However, just as quickly as she rises to the top, she falls down.  But not before she learns a few lessons about the true ingredients of success.

It's another of these YA books that imagines that the greatest dance music came from the 80s and 90s (and ignores the music that young people actually listen to these days), but if we push that bit of silliness aside, the book itself is actually pretty good.  Elise is a great character.  Not at all afraid to go after exactly what she wants, her risk-taking behavior will take your breath away, but that fearlessness and straight-outspokenness goes a long long way to making her a winning heroine.  And I appreciated the fact that both the good and bad guys in this story ended up believable ambivalent in the end.  I even forgave the cheery and rosy ending because I so much wanted Elisa to triumph in the end.

A totally satisfying adventure in self-discovery.
Posted by Paul at 7:26 PM