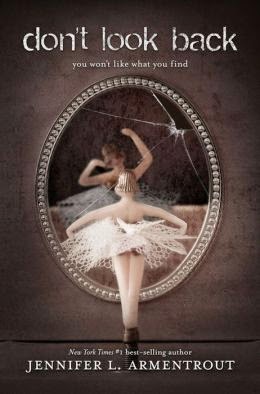 The first thing that Samantha remembers is walking along a road in her bare feet.  She's badly injured.  She doesn't know it then, but once she is rescued, she discovers that she has been missing for days.  Worse, she was not alone when she disappeared and her companion (her best friend Cassie) is still missing.  Samantha doesn't know what happened to Cassie and, in fact, can't remember anything about herself or her life.

Much to the surprise of everyone around her, the amnesia causes her to change.  People with whom she was apparently friends before no longer appeal and she doesn't feel drawn to her rich and stuck-up boyfriend Del.  Instead, she bonds with hunky, but low-class Carson, the son of her family's groundskeeper (a choice that elicits strong disapproval from her peers and her family).  But the real issue is the mystery of what happened to her -- a matter which grows more urgent when Cassie turns up dead and suspicions are aroused that Alice's amnesia may simply be an act to cover up her guilt.

With the whole amnesia plot (and particularly the opening), I was reminded of the book Pretty Girl 13 (which I reviewed a few months ago), but this is a very different story.  Less creepy and far more suspenseful, it's a classic whodunnit.  I enjoyed turning the pages in search of the answer to the mystery.  The pacing is near perfect and played out well.  I had plenty of suspicions of the culprit but nothing definite until the reveal.  As for that ending, it was a bit too melodramatic, but had a good pay-off.

This is not, however, a great character read.  I liked Sam, but the other characters are less memorable.  The romance isn't very interesting and even the peer rivalries seem weak and contrived.  The characters are there to make their required appearance.  The plot itself is king.
Posted by Paul at 8:53 PM