The Milk of Birds, by Sylvia Whitman 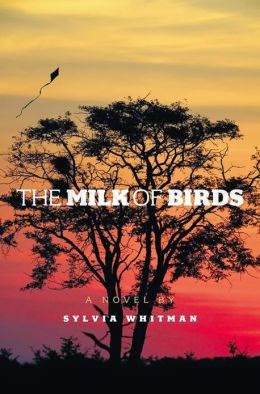 Nawra (a refugee in Darfur) and K.C. (a high-schooler in Richmond VA) make an odd match.  Through a correspondence sponsored by an NGO, they spend a year trading letters.  Their differences are stark:  Nawra deals daily with starvation, disease, threats of physical harm, and privations that K.C. cannot even imagine.  But as the two girls learn about each other, they find the ability to inspire each other.

Of the two of them, Nawra's story is by far the most compelling.  Not only is she facing daily unimaginable challenges, but she does so with strength and optimism that nearly defies belief.  Her proverbs, which pepper the story, are wonderful.  In comparison, K.C. comes across as a terribly whiny and spoiled suburban brat.  While K.C. slowly redeems herself, the book's primary weakness is the handicap that K.C. presents from the start.  How many First World problems can we tolerate when the stakes are so dire for Nawra?  It's hard to read about genocide and then be expected to care about K.C.'s desire for a smart phone.  It seems a bit overkill:  Even a less spoiled American girl's life would have come across as a contrast with the world of Darfur.  Perhaps this book would have seemed less uneven with a milder opposite number?

Still, I think it is a remarkable achievement to tell this story and to do so with such authenticity and love.  Whitman excels in opening up the world of Darfur and making it accessible to Western readers.  It's the little moments where the characters misunderstand each other, but the reader realizes that they are in a privileged position to realize it that really make the reading of this book a joy.
Posted by Paul at 7:51 PM