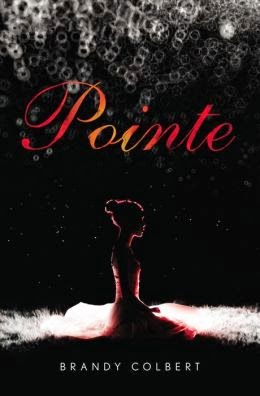 Theo has struggled with an eating disorder and self-confidence issues since her first boyfriend disappeared on her and (barely two weeks later) her best friend Donovan was abducted.  Four years later, she's mostly recovered and well on her way to a professional ballet career.  But then Donovan suddenly returns and she's shocked to learn that her disappearing boyfriend was also her best friend's kidnapper!

What develops seems like a classic (and predictable) drama where everything comes to a head at the same time:  she'll have to testify against her former boyfriend, publicly reveal her shame, probably pass out from her increasingly dangerous starvation routines, and audition for her professional dancing career -- all in rapid succession.  But what turned my opinion of this story from "predictable drama" to a pleasant surprise was an ending that completely shocked me.  Colbert goes for something completely different, with an ending that was so fitting and so much better than I expected.   It's easy to get jaded when you read hundreds of YA books, so when an author throws you a curve ball, it will make your day!

The other characters are largely forgettable (and easily confused with each other) so it's important that Theo carry this story.  That is hard as she is hardly sympathetic.  Frankly, she does a number of plain stupid things and does a similarly terrible job of sorting through her life (for example, her hesitation over testifying became increasingly implausible to me the more it was drawn out).  Yet, there's no denying that she pulls herself together in the end (and not, as I said above, in the expected fashion).
Posted by Paul at 1:28 PM