On the Road to Find Out, by Rachel Toor 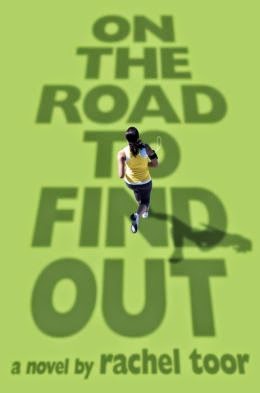 Alice is an ace at getting good grades.  She's easily beat out all of the competition at school. But when her application for early decision at Yale is rejected, she has to do a reality check.  Outside of academics, her life is unbalanced.  Aside from her best friend (who's really more like her Mom's adopted favorite daughter) and her pet rat Walter, Alice doesn't really have anyone who understands her.  And when she has a falling out with her friend and a tragedy strikes at home, she realizes just how tenuous her situation is.

It is therefore something of a godsend that she discovers cross-country running around this time.  Having never done it before, a New Year's resolution to start doesn't go terribly well.  But Alice is persistent and determined to find something she can excel at, even if she really isn't sure what she wants.

I went through a lot of opinions about this book as I read it.  At times, I found it unfocused.  I wasn't really sure what it was supposed to be about (love for a rat, reconciling with mother, a search for meaning, etc.).  The story seemed to change more than the character.  Unhelpfully, Alice can be a terribly inconsistent character.  For such an insightful and intelligent narrator, she seemed far too capable of being clueless and boneheaded.  It's a character flaw that's supposed to be endearing, but it just seemed implausible and more like a lazy bit of writing.  But by the end, it seemed to hit its stride and it goes out on a high note, so I'll give it a qualified endorsement.
Posted by Paul at 3:16 PM