I Love I Hate I Miss My Sister, by Amelie Sarn 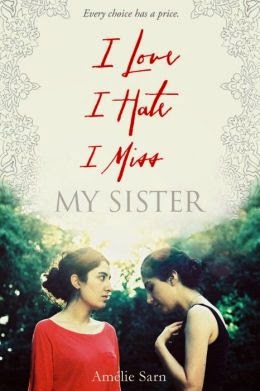 Two teenage girls of Algerian descent, growing up in France.  The younger one Djelila is brave and fearless.  She wears tight jeans and makeup to school, plays basketball, smokes with her friends, and bristles at the patriarchal restrictions of her family's culture.  The older one Sohane takes a different path.  In her last year of high school, Sohane decides that she'll start wearing a headscarf as a statement of freedom and self-respect.  Her decision to wear a head covering in school violates French law and causes her to be expelled from school.  Djelila is outraged at the treatment of her sister, but far worse awaits her when she is murdered for her apostasy a week later by a neighbor.

Translated from French, this short novel packs quite a punch of political issues, showing how religious freedom is ultimately more complicated than civil society understands.  It's easy as an American to see the hypocrisy in the French approach to secularization, but even that outrage oversimplifies the complexity of the issue.  Instead, Sarn brilliantly shows the yearning for self and agency through these two sisters.  Along the way, she also tackles the complex feelings of love and jealousy that the two girls experience towards each other.
Posted by Paul at 5:36 PM