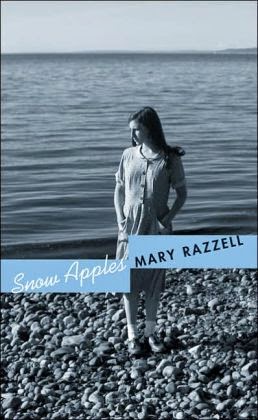 In post-WWII British Columbia, Sheila doesn't have a lot of options.  Her mother has pretty much assumed that she'll get married and thus sees no use for the schooling at which Sheila excels.  And the odds certainly do seem stacked against her.  Opportunities do not abound on the islands and anyways women are pretty much second class citizens in this time and place.  Still, Sheila is determined to pursue nursing and make her own decisions about love and marriage, even when things don't quite turn out as she'd like.

Gritty and realistic, Razzell brilliantly captures the sense of time and place.  Rather than tell us about the injustices of the time, she lets them unfold naturally.  It's a tricky business:  to unleash circumstances that offend modern sensibilities without pulling back and editorializing, but Sheila is painted realistically.  She certainly objects to the sexism around her, but she recognizes it as something much bigger than herself.  It is left for the reader to become indignant.  I could have done without the graphic depiction of a miscarriage at the end of the book, but otherwise, I appreciated the realism and attention to detail that is present here.  The story, while modest in scope, opens a portal to another time and place which will fascinate the reader.
Posted by Paul at 3:20 PM