When My Heart Was Wicked, by Tricia Stirling 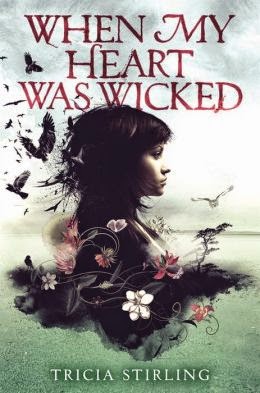 The last couple of years, living with her stepmom, have been heaven for sixteen year-old Lacy.  But her mother has come to reclaim her and with her father now dead, Mom holds the legal claim for her.  Being dragged back to Mom's carries special danger.  Mom has always brought out the worst in Lacy and the years that she lived with her mother are fraught with memories of cruelty (to herself and others) and black magic.  Lacy wants to believe that she's healed and that she's stronger now, but within days of being back with her mother, the evil feelings have returned.

A short and deceptively simple story about the fear of one's own ability to commit cruelty, harbored within a story that mixes real concerns like reconciling with estranged parents and interpersonal relations with peers, with darker subjects of magic, curses, and spells.  The book has definite supernatural elements, but anyone looking for a fantasy will be frustrated by Stirling's insistence on contextualizing the magic within the mundania of adolescent life.  For anyone who's ever checked a spell book out of the library in hopes of putting a curse on a bad boyfriend, an evil girl at school, or one's own mother, the feelings that Lacy goes through will resonate particularly strongly.  I found this story utterly fascinating!


[Disclosure:  I solicited and received a free copy of this book from the publisher for the purpose of writing an unbiased review.]
Posted by Paul at 6:24 PM