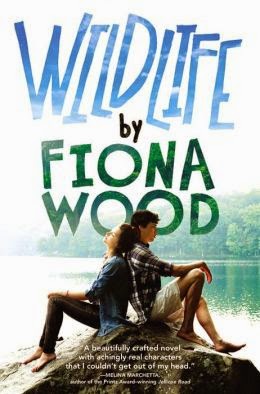 An eight week wilderness program allows a high school class, and two young women in particular, to reexamine their lives and friendships.  Sibylla has recently had the fortune to appear in a billboard advertisement.  This covergirl exposure has gotten her noticed by the popular clique at school (and by the handsome Ben Capaldi in particular), but her best friend Holly doesn't seem so friendly anymore.

No one knows what to make of the secretive and enigmatic new girl Louisa.  Her secret is the recent death of her boyfriend, and her inability to cope with it (and the anger she harbors) become challenging in the tight quarters of cabin living.  Surprisingly, it is Sibylla that will help her break through and Lou will return the favor.

The story is a bit hard to follow, not least because the two heroines (Sib and Lou) don't really have distinctive voices.  I found myself fading in and out of interest in the story and the characters.  The setting was a bit odd (and of course the cultural oddities of this Australian story were hard to follow), but mostly I think the characters just didn't gel.  So, when they were doing something, I could focus on the action, but when I was supposed to be gaining insight into their psyches, I drifted and lost focus.  There just wasn't much there to care about!
Posted by Paul at 6:07 PM