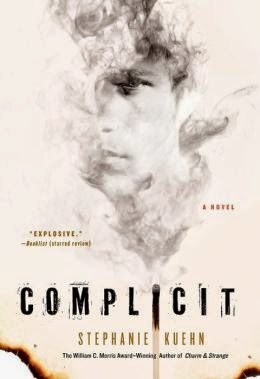 The social worker considered it a miracle when she was able to place Jamie and his sister Cate together in the same home, and even more so that the adopting family was a rich couple.  The children’s mother had been murdered and the children themselves were hardly the babies preferred by most adopting parents.  From the start, Jamie was the difficult one (nightmares, painfully shy, etc.) while Cate easily adapted to the new family. But as they grew older, Cate’s behavior became anti-social and violent until the day she confessed to an arson and was sent away to a juvenile facility.  Jamie, meanwhile, grew out of his behavior issues, but was haunted by Cate’s misadventures and her threats.

After years of being bullied by his sister, Jamie was relieved when she was sent away.  The news that she has now been released terrifies him.  And when she starts making threatening phone calls, his own behavior problems begin to reemerge.

A dark psychological thriller.  The plot twist in the story is fairly strongly telegraphed so it is not a major surprise.  However, the ending is definitely a shocker.  In this respect, the story seemed well-plotted.  However, there are a lot of loose end and unanswered questions (What are his adoptive parents up to? What does his therapist actually know?  What’s up with his girlfriend?).  These are not major plot points and it leaves you wondering why they were present at all? Eliminating and tightening up the parts of the story that mattered would have improved my impressions of the novel, yet there’s no denying that the story kept me on the edge of my seat and had a suitably creepy and haunting ending that made it all worthwhile.
Posted by Paul at 3:11 PM