What Waits in the Woods, by Kieran Scott 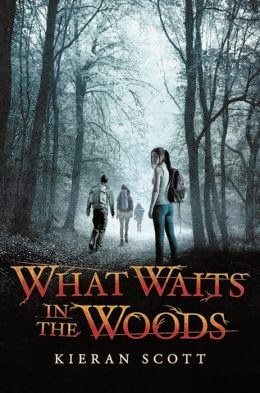 Four teens go on a multi-day hike in the woods.  The first night, the three experienced hikers decide to scare new girl Callie with ghost stories.  But as things on the trip start to go wrong (they lose their food and get lost) the scary stuff becomes real.  They are being followed and taunted by someone and, even with the help of a stranger they come across, it seems like they may never escape.  That's when the kids start turning up dead.

I'm not a fan of the horror/mystery genre and that probably is preventing me from liking this book, which is otherwise a decent specimen.  But if I step back, it had pretty good pacing and more than enough shocks and screams along the way (although I got a bit tired of having almost every chapter end with a false alarm).  The kids were sufficiently diverse and had a complex set of petty jealousies to put them at each other's necks (even before they started to get broken).  This provided the requisite reasonable doubt and suspicion to keep stuff interesting, and kept me off the scent of the real guilty party.  The key confusion for me was that the book is played like a horror story (teens in the woods getting knocked off by a lone psycho), but turns out in the end to be a simply mystery whodunnit.


[Disclosure:  I received a copy of the book from the publisher in exchange for an unbiased review.  I'll be donating this to my local public library where I hope it will find a fan of scary reads.]
Posted by Paul at 1:10 PM