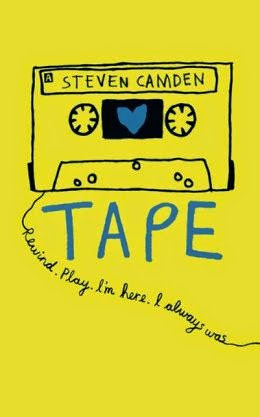 One day, Ameliya finds her late mother's old boom box and tape collection.  Intrigued by them, she decides to listen to all of the tapes.  She finds that one of them contains voices.  For a brief period of time, she feels like she is actually holding a conversation with the voice on the tape.   Later, a stranger coming to the home seems to share the same voice and he has answers for Ameliya.

Thirty years before, Nathan and Ryan have an uneasy relationship as stepbrothers.  They don't like each other but are forced to get along.  What they share is a love for the same girl -- a girl who Ryan hopes to win over with the ultimate mix tape.

It's a confusing story and full of so many non-sequiturs that I won't pretend to understand it.  It took a while to figure out what was going on, but that's fine because the real story doesn't begin until after the first hundred pages.  There's a small bit of a pay-off at the end, but it wasn't nearly enough to make the slog through the rest of it worthwhile.  Allegedly, you can get more out of a re-reading, but I don't want to work that hard to "enjoy" a story.  An interesting experiment, but I simply didn't get it.
Posted by Paul at 4:34 PM