The Cellar, by Natasha Preston 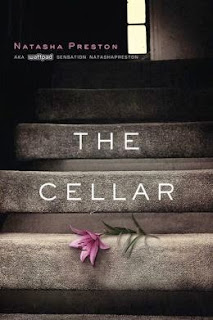 One night, while Summer is outside on the street searching for a friend, she is abducted.  Her kidnapper is a psychotic man who throws her into her cellar.  Down there, he has installed a "home" for Summer and three other young women, whom he collectively refers to as his "flowers" -- Lily (Summer), Rose, Poppy, and Violet.  Forcing them to keep the place and themselves spotless and clean at all times, he reenacts bizarre "family" rituals with them and rapes them repeatedly.  There's also the occasional murder thrown in.

Ick!  The subject matter itself is pretty repulsive, but what really sent me over the edge was the portrayal of just about every female character in the book.  I get the victimization concept and how repetitive torture (particularly in the ritualistic manner that Preston describes here) can really disempower and weaken a person, but what is so shocking is how ineffectual the women in this story are.  No one ever makes a legitimate attempt to fight back (and what attempts there are are quickly defeated -- more often than not by the women's own reluctance to carry through).  While the characters frequently describe how angry and upset they are, they seem only able to turn this anger inward.  The female characters not incarcerated in the cellar are no better -- helplessly sitting around and weapily waiting for the menfolk to do something. What a terrible message to send to send young (presumably female) readers!  So, take it from a guy old enough to the target demographic's father:  if a man attacks you, it doesn't matter how strong he is, immobilize the SOB with a well-placed knee shot.  Yes, you'll hurt him but it will feel good (for you).

All of which may beg the question of why I finished reading this book?  I think I just kept hoping that the young women would eventually rise to the occasion and reign down some righteous vengeance on the psycho.  I was hoping for some catharsis and a little emotional growth in the victims.

The book was terribly repetitive as well, but we don't need to go into its other flaws....
Posted by Paul at 11:57 AM