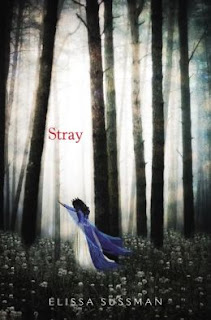 Princess Aislynn has always tried to be a good girl and follow the Path faithfully and stay pure.  However, her best intentions seem to be thwarted by accidental discharges of magic.  Magic is destructive and a young woman's duty is to be obedient and learn to control it if she has any hope of being married.  But instead of focusing on learning that self-control, Aislynn has been trying (unsuccessfully) to hide her magic.  After an unfortunate incident at a Ball, she finds herself "redirected" to a career as a caregiver for princesses.  In that new role, she begins to discover a conspiracy that threatens the rules Aislynn has always followed and she finds herself tempted to stray.

A strikingly vivid fantasy with some heavy handed, but ultimately enchanting parallels to real-world adolescence.  The balls, princesses, and dreams of marriage are more traditional fantasy fodder, but Sussman has darker ambitions.  Magic (the "curse" it is called) is a metaphor for female empowerment. And the young women's struggle with containing their passion bring them face to face with the authorities and simultaneously with personal madness.  I like this idea -- imagining what a patriarchy would do when it found that women are the sole owners of a very powerful internal force.  And both how it poisons the relationships between the women as well as the image issues it promotes in the young women themselves.  There's even veiled references to cutting as Aislynn subjects herself to self-abuse when she privately releases the magic inside of her.  It's sort of as if Shannon Hale (and her Princess Academy) met up with Margaret Atwood's Handmaid's Tale.  Powerful stuff!

Still, at the end, Sussman takes a detour into action mode, with the introduction of an underdeveloped animal sidekick, a largely disposable skirmish in the woods, and a hard-to-follow battle of the sorceresses.  This is such a striking break from the more interesting psychological stuff in the rest of the book that I almost felt that I had picked up a few pages from another book altogether.  It is neither effective nor terribly interesting, making the ending messy.  There was also a lot of unfinished stuff at the end, which was largely done (one suspects) to take a book that could well have been self-contained and generate enough room for a sequel or a trilogy.  Up until the last sixty pages or so, however, I was really enjoying the tenor and themes of the book.  Perhaps the sequel will pick that good stuff back up again.
Posted by Paul at 2:52 PM