The Secret Side of Empty, by Maria E. Andreu 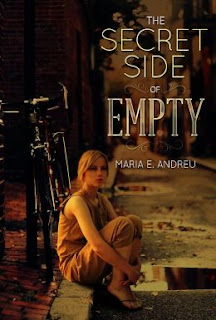 M. T. is a bright student and ought to have a great future ahead of her.  But instead, she has a huge black cloud hanging over her:  her legal status.  While she's lived most of her life in America, she was brought here illegally and she is undocumented.  So, instead of planning for college, she lives in fear that she and her family will be discovered and deported.  Worse, she fears that someone would report her, so she keeps her fears secret.  But as her senior year wraps up, the realization that her friends are leaving and moving on leads her into depression and despair, and becomes unbearable.

Andreu captures rather nicely the sharp contrast between M. T.'s school life (full of friends, romance, and parties) and the grim reality that she and her family face (poverty, fear, and violence), and the corrosive effect of living that split existence.  I'm not sure that we needed the domestic violence and the self-abuse themes (especially since so much of those threads remains underdeveloped), but the real triumph of the book is capturing the pain of living a double life.  And while one could latch onto M. T.'s story as a tribute to DREAMers, the strength of this novel is it lets the reader draw their own conclusions.
Posted by Paul at 5:02 PM