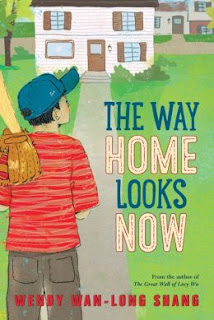 In former days, Peter remembered how his older brother would always spar with their Dad over everything from how to play baseball to standing up for what was right (even if it meant protesting instead of studying).  But when it came to rooting on the home team, the family was united:  whether it was listening to the Pirates play or joining other Taiwanese-American families in Williamsport to root on Chinese Taipei demolish the Americans in the Little League World Series.  Baseball was a way that Peter's family came together.

But after Peter's older brother dies in an accident, the family falls apart.  His mother becomes withdrawn and non-communicative.  His father retreats into stern demands of his surviving son.  And Peter himself rejects baseball itself.  There is plenty to be glum about in the summer of 1972.  Nixon is reaching out to Mainland China to the inevitable disadvantage of Taiwan.  Major League baseball was on strike.  So, Peter hatches a plan to rescue his family and make the difference that his older brother always spoke of.

I'm not a big fan of sports stories, but baseball is always an easy sell.  Combine some reader-friendly sports action with family reconciliation, a tough father who loves his children, and a healthy dose of social consciousness raising, and you get a winning story.  It doesn't hurt that the story was based in part on real events, that the historical details are so pitch perfect and interesting, or that Shang painlessly teaches us a lot about baseball along the way.


[Disclosure:  I received a solicited reviewers copy in exchange for my unbiased review.  After completing this review, I will be donating the book to my local public library.]
Posted by Paul at 3:35 PM