Love Letters to the Dead, by Ava Dellaira 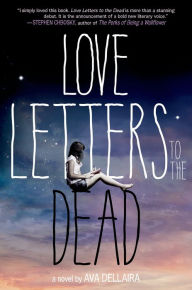 At the start of the year, Laurel's English teacher gives her class an assignment to write a letter to a dead person.  Laurel chooses to write to Kurt Cobain, because his life (and death) remind her of her own older sister May, who killed herself a few months ago.  Rather than turn her assignment in, however, Laurel decides to write letters to Janis Joplin, Heath Ledger, Amelia Earhart, and so on, describing what is going on in her life and in her mind.  Her mother has abandoned her, her dad mopes, Laurel herself is struggling to make friends and start her life again in a new school.  And all around her, it seems like people are suffering.  Two of her new girlfriends are struggling with coming out of the closet.  A quiet boy who is interested in Laurel is also troubled by a history that crosses too closely with her own.

With allusions everywhere to famous lives lost to depression, misadventure, and bad luck, the tone of this novel is dark and downbeat.  It's also literate and sophisticated, as well as beautifully written and poignant.  It's precisely the type of book I tend to love.  However, it felt too deliberate to me.  The poignancy seemed manipulative (like the literary equivalent of heavy strings).  Basically, the author wanted me to feel sad, and the rebellious reader in me wanted to resist.  That doesn't make it a bad book, but I think it could have been better (maybe tighter and less obvious in its direction?).  That said, from the fully-rounded characters to the realistic portrayal of their flaws to the story itself, this is a good read.
Posted by Paul at 6:38 PM