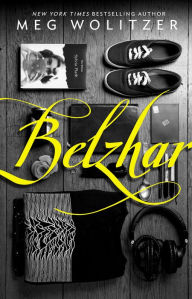 After experiencing a mental breakdown triggered by the traumatic loss of her first love, Jam is sent to a special boarding school for "fragile" youth in Vermont.  There, she finds herself enrolled in a class innocuously entitled "Special Topics in English" taught by a enigmatic but effective elderly woman.  The class is apparently exclusive and only five students are allowed to enroll, but none of the five students in the class applied for the honor.  Instead, they were chosen.  And, while ostensibly a seminar devoted to reading the works of Sylvia Plath, something much more profound is going on.  Each time the students sit down to fulfill their mandatory journaling  assignments, they find themselves temporarily transported to a world where everything in their world has been set aright...or has it?

For lack of a better way to describe this novel, I'll call it a cross between Dead Poets Society and The Lion, the Witch, and the Wardrobe.  It's an entrancing riff on the boarding school/psych ward genre with an incredibly melancholy whiff of the supernatural thrown in.  The story is well managed -- the narrative stays focused and the characters are kept to a minimum, each experiencing nice development and character growth.  My only disappointment was with how Jam's own story gets resolved, but that may be more my frustration with the character than the author and you can't win them all!  It's not a strikingly original work, but it is a good story, beautifully told.
Posted by Paul at 5:02 PM