The Gospel of Winter, by Brendan Kiely 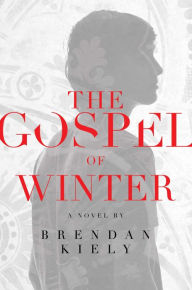 After Aidan's father left him and his mother, Aidan searched for peace and comfort through the abuse of drugs and the consolation of Father Greg.  But when Father Greg abandons him as well, it opens Aidan's eyes to the way he's allowed the priest to abuse his trust and been dragged into a destructive relationship.  Worse, Aidan discovers that there are no limits to how far Father Greg and the adults around him will go to cover up what has happened.  Like the bully at school who threatens Aidan if he complains to the administration about petty harassment, Aidan is similarly threatened by other priests and even his caregiver.  In the end, Aidan finds solace (and gains the confidence to stand up for himself) from his friends, including an older boy who also may have suffered from Father Greg.

A very cerebral look at the emotional ravages of child sexual abuse, placed loosely in the real sex scandals of the Roman Catholic Church in 2002.  Kiely's debut is powerful and really gets deep into the psychology of denial that feeds child sexual abuse.  And it's very very creepy to hear the grownups justify their actions.

That said, I would protest that this isn't YA, even through Simon and Schuster have tossed it there and promoted it as such.  It's a lazy assumption that any book about teens is a children's book.  Rather than being about the experience of being a young person per se, this is a story about lost innocence and the weakness of adults to protect children -- it's a book for adults to wallow in guilt.
Posted by Paul at 3:55 PM