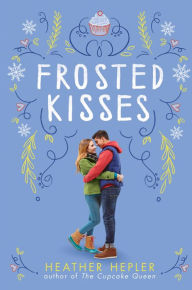 Since successfully acclimating to life in a small town in The Cupcake Queen, Penny's life has grown more complicated.  There's dealing with her father (now that her parents are divorced) who can't make time to see her.  Or the nasty bully Charity and the even nastier exchange student Esmeralda, who are both set on making Penny's life at school into hell.  Or Penny's attempt to matchmake between her grandmother and an old flame.  Or even Penny's struggles at getting her own romance off the ground.  Throw in a winter festival, a fundraiser for the local animal shelter, some zany adventures at work, and a best friend's family problems, and life is pretty crazy!

What it isn't, however, is organized into any sort of theme.  There's plenty of activity and stuff to read about here, but nothing which gives this novel a purpose.  And no matter how likable Penny is or readable the writing, that gaping hole is a big deal.  Simply tying some of the various ideas together (for example, the importance of family or loyalty to friends) would have done a lot to improve the book.  But aside from the fact that parents (and fathers in particular) come across as pretty horrible in this story, there isn't much here.


[Disclaimer:  I received a free copy of the book in exchange for an unbiased review.  After finishing with it, I will be donating the book to my local public library.  The book is scheduled for release on October 27th.]
Posted by Paul at 12:09 PM