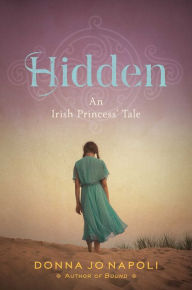 A companion to Napoli's Hush, this novel traces the adventures of Melkorka's sister Brighid from the time she escaped the slavers' ship (and managed to live amid the Norsemen of Jutland) until eight years later, as the head of a band of pirates, freeing slaves along the Baltic coast.  Along the way, this action-packed adventure provides copious historical details about life in 10th century Scandinavia, ranging from domestic arts and beekeeping to political structures and social mores.

Napoli always does great historical research to get her subjects right.  But what makes her stories work best is when she is able to weave a compelling story to place into all that researched setting. One could fault her for some wishful modern sensibilities about the role of women, but nothing which clashes with or detracts from the story.  The result is a beautifully-written tale about a strong and resourceful heroine with an ability to see far forward and change the lives of others.
Posted by Paul at 4:14 PM