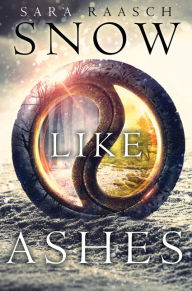 Sixteen years after her Kingdom of Winter was conquered by the Kingdom of Spring, Meira and a ragtag group of resistance fighters struggle to regain their homeland.  Their key goal is to recover the pieces of their last Queen's locket which hold the sole means of drawing on the "Royal Conduit" (a magical force) that gives rulers their strength.  Without it, there is no hope.

But as Meira's mission to recover a piece of the locket goes horribly wrong and the resistance fighters flee overland to the Kingdom of Cordell, the game grows more complex.  Ambitions and plots are unveiled, and Meira finds herself betrothed against her will (a situation she only frees herself from to fall into an even more precarious position).  And so on it goes.

It's a complicated story in a complex setting with a romantic triangle, lots of blood and mayhem, and some good old destiny fulfillment.  The action keeps moving but doesn't really amount to much in the end.  The romances lack warmth (aside from a short hot kissing scene oddly juxtaposed in the midst of a battle), some subplots about gaining respect get sidetracked, and the final climactic showdown is a fizzle out in the end.  And, throughout, a rather monotonous repetition of decapitations, endless blow by blow battle scenes, and exaggerated barriers (what's the point in telling us that doing something is impossible and then having the characters do it?).  If you like detailed descriptions of every sword swing, you'll enjoy this, but the story seems to always take second place to the combat.
Posted by Paul at 6:42 PM