A Year Without Mom, by Dasha Tolstikova 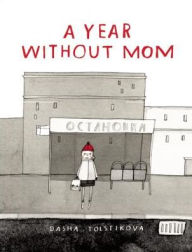 In 1991, Russian middle schooler Dasha is struggling with typical middle school problems:  friends who are drifting away, passing exams, and a boy she has a crush on.  Her greatest desire is to get accepted to a prestigious high school.  The world is changing in other ways, as the Soviet Union comes to an end and the Russian Federation emerges as an independent state.   But the greatest trauma of all is that Dasha has to deal with these problems without her mother, who has gone away to a graduate school in the United States to study advertising.

Told in a graphic novel drawn in a style that betrays Tolstikova's love of the Russian absurdists, A Year Without Mom tells a simple but genuine story of growing up in a time of change.

And now for the full disclosure....

I met Dasha's mother Natasha when she came to the University of Illinois to study advertising during the "year without mom" and met Dasha herself the following summer when I visited the family in Moscow in 1992 (somewhere around page 152 in this novel).  I, of course, knew nothing of the dramas of her life (for me, she was a schoolgirl with an impressive knowledge of The Beatles), but I grew to know her mother and grandparents quite well in the years that followed.  And I took this picture of Dasha in her family's kitchen that summer: 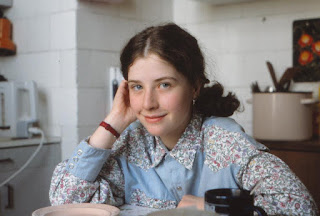