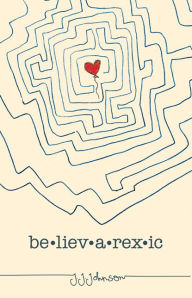 At age 15, Jennifer convinces her parents that she needs to be committed to an inpatient facility to treat her eating disorder.  And while she has lots of expectations for how the process will go (largely fed by pop culture depictions of anorexia and bulimia), the real experience quickly diverges away from her preconceptions.  What she finds is a mixture of helpful and destructive caregivers and fellow patients who can be good friends or bitter enemies (or both!).  She knows that the key is "sticking to the program" but the challenges to her plan come from many unexpected places.

Based loosely on the author's real-life experience, I appreciated the honesty and the realism of the story.  As well, the way that Johnson has subverted a number of common tropes (in particular, the helpful nurse/doctor) by depicting a ward where nurses and patients are all flawed in their own ways is particularly interesting.

Johnson makes an unusual decision to veer away from describing much of her heroine's mindset.  There are brief mentions of Jennifer's feelings of being overweight, but her mental state plays a very minor part in the story.  There are also numerous clues about the family, social and even biological reasons for Jennifer's disorder, but nothing is definitively stated about why she struggles with food consumption.  Rather than describe or even explain what having an eating disorder is like, Johnson focuses on the specifics of treatment.

The book also has some unusual literary elements.  It begins in third-person free verse (for its admission and stage 1 sections), which is at times quite awkward, and then switches to first person prose for the remainder of the story.  Type fonts also change throughout the novel.  The author Q &A at the end of the novel never mentions the shifts (they are obviously intended for some sort of purpose, but what?).

In sum, a very readable book which leaves many things unsaid and unexplained.
Posted by Paul at 4:32 PM