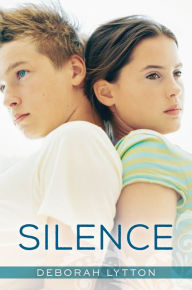 Stella is focused on pursuing her dream of a professional musical theater career.  Only a sophomore, she's landed the lead in her school's production of West Side Story.  She's also attracted the attention of the male lead.  Stella and her BFF Lily are well on their way to popularity.  But despite it all, she can't help but notice the gentle beauty of shy, stammering Hayden.  He's mocked for his speech impediment (and even she cringes when listening to him), but there's something about him that nonetheless catches her eye.

Then, a tragic accident leaves Stella deaf and unable to sing in the musical.  And in her new found state, everything has changed.  She hopes to eventually regain her hearing with an implant, but in the mean time, her loss gives her time to refocus her priorities, which she does with Hayden's help.  She discovers that, in silence, everything becomes clear.

A sweet romance, which is surprisingly understated for the material it covers.  From the tragedy of Stella's injury to Hayden's dark history, there is plenty of heavy potential here, but Lytton doesn't explore it very thoroughly.  Stella tells us that she's upset, but we don't dwell on it for long.  Hayden has ghosts in his closet but even a potentially charged reunion with his estranged mother is oddly flat. This approach saps much of the dramatic potential of the story and the novel largely runs out of steam, ending with a hundred pages or more of flowery prose as Lytton has less and less to say.  The result sounds like Stella's diary (in an embarrassingly melodramatic adolescent way) and not really in a way that adolescents actually think.  They looooooove each other, but there is not much honest emotion here.  By the end, rather than feeling close, this over-the-top angsting just left me bored.  A great start
Posted by Paul at 7:48 PM