The Pretty App, by Katie Sise 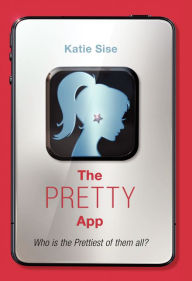 Every year, the Public Company has released a must-have app.  This year it's the Pretty App, which will help choose the most physically attractive girl in the United States.  Blake wants to win so bad!  She figures that, given her ability to alienate friends and her lack of academic achievement, her looks are basically all she has left.  But as she rises through the ranks of the contest, she discovers that there's a lot more resting on the results than her own self-esteem.

Ostensibly a sequel to The Boyfriend App, this story reunites some of the characters from that novel and sends them on a new adventure.  The message is largely the same:  building faith in yourself and rejecting exploitative technology.  It's a message with a sledgehammer (even teens won't need it laid on this heavy).

The story is entertaining enough, although the romance didn't really take off (and perhaps that was for the best?).  Blake seems a bit uneven -- starting overly shallow and discovering her virtuous side too quickly.  Not an appealing character in the first book, she is not much of a hook for the second.  So, not much of a character study, but the pace is brisk and there isn't a dull moment.
Posted by Paul at 6:11 PM