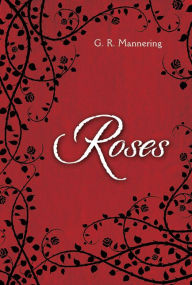 She is a foundling and her mother and father a mystery.  But when she is brought to Ma Dane's home she is taken in without a word.  Her silvery skin and amethyst eyes scare everyone in town.  They fear her and they hate her, and yet call her "Beauty." Raised cruelly, she lives in loneliness broken only by her discovery of her talent with and love for horses.  Yet even those early days are idyllic compared to what awaits her when she must flee for her life.  Mortals and magic beings break out in war.  Though she claims no magic of her own, her appearance is enough to make her suspect and threatens her existence.

Life in exile has additional challenges and Beauty and the stable hand of her old home who helped her escape struggle to integrate her into life in the hills with superstitious mountain people.  Despite the challenges, they manage and flourish until a day when he is delayed returning home.  When he does return, in poor health and bearing a curse, Beauty must ride into an enchanted forest where a terrible and ghastly creature awaits her.

It's a very dark and languorous retelling of  Beauty and the Beast (but one where the Beast doesn't even appear until 200 pages in!).  Instead, the focus is on Beauty's life before the two encounter each other.  Mannering's attempt to subvert the Disneyfication of the story is brilliant, from the early destruction of the candelabra (poor Lumiere!) to the fact that Beauty arrives illiterate.  In this world, the enchanted furnishing are sinister and threatening, not inviting us to dance.  And themes of jealousy and vengeance predominate.

Mannering's style is fast-paced but also quite busy.  Many characters and subplots are introduced, but not all are resolved (lending to future twists in the sequels, one supposes).  The writing itself is full of cliches and prone to overstatement.  The snow did not merely fall in this world, but instead it "fluttered from the gaping sky like pearly droplets." A character does not walk into a room, but enters "with a sweep of her bejeweled dressing gown." And so on.  The words are very pretty, but largely chosen without regard for furthering the meaning of the story.  It grows tiresome as we go and one just starts skipping adjectives, adverbs, and empty metaphors.
Posted by Paul at 10:43 AM