If I Was Your Girl, by Meredith Russo 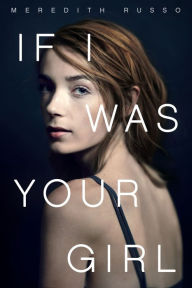 After transgender teen Amanda is beat up by transphobes, she is sent to live with her father, in a town where no one knows that she used to be a boy.  Given what happened to her, Dad would like Amanda to keep a low profile, but when she meets handsome Grant, she's lovestruck.  He's a dream and seems smitten with her as well, and she cannot resist falling for him.

All of this, in spite of the inevitability that Grant will find out her identity in the end -- an outcome that Amanda actually accepts.  The mystery is how he will react.  What will he feel when he knows that she was born as Andrew?

A briskly-paced story about the complications of being adolescent and transgender.  I felt on edge the entire time I read the story, fearful of a violent end.  However, while danger is always present, Russo manages to impart a certain amount of fun and humor into the story.  In fact, there were times when the attempt to depict Amanda as a normal teen seemed to be too good to be true.  Amanda integrates surprisingly well into her setting and develops strong friendships that provide her with support and safety not commonly found by transgender adolescents in real life.  Russo admits in the afterward, that her story has taken liberties (downplaying not only social dangers of being identified as transgender, but also the difficulties and expense of surgical intervention).

But I liked the story nonetheless. It shows the complicated world of Amanda with sensitivity and emotional honesty.  Given the trendiness of the topic, we've seen a number of books like this recently, but I believe that this is one of the best I have read so far.
Posted by Paul at 3:17 PM