One for the Murphys, by Lynda Mullaly Hunt 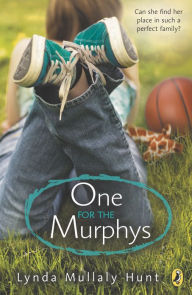 I wanted to take a break from heavy teen books and pick up a middle reader for something light.  Unfortunately, I picked poorly....

Carley comes to stay at the Murphy's home as a temporary placement.  Her mother is in the hospital and Carley herself is pretty beat up.  But the damage to Carley is more on the inside than the bruises on her arms that she hides away.  When her stepfather came after her, it was her mother that betrayed her.  Now, Carley trusts no one.  None of which stops Mrs. Murphy's efforts to reach out to her new foster child.

For every effort that Carley makes to resist Mrs. Murphy's outreach, the woman responds with kindness and patience.  Carley can't believe that anyone would act this way and she responds with distrust and anger.  But over time, she eventually opens herself to the possibility that love can actually exist and that she actually deserves to experience it.

A heart wrenching story about learning to love again after betrayal.  As a story of this nature requires to be successful, the characters are strong and vivid.  Their development and growth vivid and meaningful.  The relationship between Carley and her foster mother is nuanced and complex.  The one with her biological mother even more so.

I loved the story, but it's a very painful read and the ending left me angry (even as I admitted to myself that it was the only plausible one out there).  The themes and their treatment are surprisingly mature for the target age range and the thematic material strikes me as not necessarily being appropriate, but I would suppose it would depend on the reader.

Maybe I can find a nice light dystopian to read next?
Posted by Paul at 3:50 PM