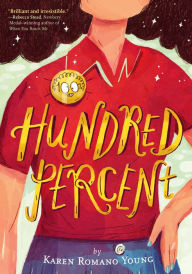 It’s sixth grade and Tink and her friends find themselves caught in the middle of everything.  It’s the last year of elementary school and they are more than ready for middle school, but at the same time it scares them.

I’ll leave the synopsis at that as the book is less an adventure than a snapshot of a moment in time – the tweenest moment of tweendom.  The girls are dealing with the double whammy of puberty and mixed signals from their parents, teachers, and peers.  The boys are being similarly awkward.  It is, in sum, a pitch perfect capture of what sixth grade is like (and seemingly unchanged from my own so many decades ago).  Young does an amazing job of capturing authentically and beautifully the weird mix of knowledge and naivete.

My complaint would be that this isn’t exactly new material and, lacking much of a plot, I’m not sure why the exercise is for.  Numerous Judy Blume books,  Alice in Between (from Phyllis Naylor’s Alice series), and Lauren Myracle’s Winnie series all come to mind.  I’m impressed with her ear and her empathy, but now I want it taken to a story as well.  That twelve year olds don’t get much opportunity for adventure, I’ll concede, but that doesn’t mean that I want to read about kids who don’t have any.  Yes, a stray reader might get a thrill out of a book where they can say “she’s just like me!” but that only goes so far.
Posted by Paul at 3:14 PM