Into White, by Randi Pink 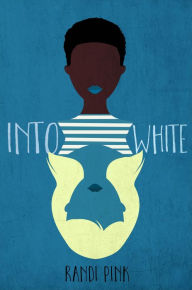 Latoya hates everything about being black, from her name to her hair to her family.  Every chance she gets, she prays to Jesus that He will make her "anything but black." One day, He answers her prayer.  As one would expect, being white isn't a picnic for her either and, with some help from a guy she grows to like, she learns a lesson about valuing her blackness and herself.  So far, so as expected.

But Into White is much more than a fable about learning to love yourself.  It tackles all sorts of social issues:  from the obvious (interracial relations, profiling) to some less so (rape, peer pressure, spouse abuse).  Latoya's parents have a destructive relationship which Latoya dissects.  Her brother hides his genius brain in order to not attract bullying at school.  Latoya's boyfriend struggles with toeing the line between being "too black" and being an Oreo.  And Jesus keeps showing up in the strangest of places, from driving a stolen car to singing off-tune.

It's an eclectic book and reminded me of some of Kate DiCamillo's less lucid novels (Flora & Ullyses or The Tale of Despereux) or Libba Bray's books.  The difference is that Pink is tackling some serious material about race in her story.  The result is a tricky balance between silly and serious (the sudden and regular appearance of the Son of God is a useful device to get her out of tight corners).  The observations about race are not particularly novel (Spike Lee has made movies out of most of them), but in this format, they will reach a much younger demographic. Tackling both controversial topics and doing so in controversial ways is bound to offend lots of people.  Whether that was necessary and important is food for thought in itself.
Posted by Paul at 3:30 PM