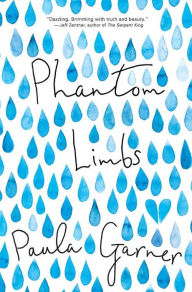 Three years ago, Otis's little brother died and his (first and only) girlfriend Meg moved away.  Into the void of his life came Dara, who herself had suffered plenty of losses -- first the death of her mother, and then the loss of a hand (amputated after a shark attack).  Otis and Dara have developed a codependency:  Dara's role has been to push Otis into competitive swimming and through him to achieve the dream of Olympic gold that she had to abandon after her accident.  Their fragile relationship comes under stress when Otis learns that Meg is returning to the area.

To this potential triangle, throw in some complicated emotional ties between Meg and Otis's mother, Dara's relationship with a girlfriend, and the competing loyalties that Otis feels for Dara, Meg, and another girl on his swim team, and you have one very very messy web of relationships.  The final result is full of pathos and quite touching, but it is still a dizzying array of plot lines to sort through.  I liked it and suspect that many readers will, but I do generally prefer simpler and more-focused stories.

Garner's strength in character-building is crucial here, but she also tells a good story.  I never grew bored here (probably that complex storyline helped the pace stay fast!) but moreover, the story was smart.  It felt genuine and authentic, and didn't waste my time with stupid stuff.  But it's definitely a story for older readers -- the sexual references are pretty explicit and frequent, and the themes are quite mature.
Posted by Paul at 4:17 PM