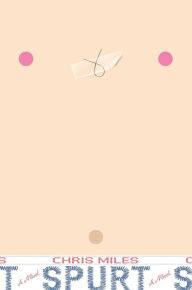 Jack is painfully aware of being the only boy in eighth grade who hasn’t started to show the effects of puberty.  He’s shorter and smaller, his voice hasn’t changed, and he’s definitely lacking the block-and-tackle and the hair to show for it.  His insecurity leads him to lie about his development (or lack thereof) to his friends to initially humorous results.  But his lies escalate and are exacerbated when a reality TV show profiles him and his alleged prowess.  Though a very lad-ish premise (the book is Aussie), the tone is very introspective – more Judy Blume (for boys) than John Green.

Jack’s obsession with body hair and having his testicles drop seems very alien to me.  Perhaps, boys today have such obsessions, but it largely seems made up (in my day, we worried more about size!).  The entire premise seems more of an effort to create a mythical boy’s version of body image anxiety.  It doesn’t play out true.  Moreover, it’s an idea in search of an audience.  Who is going to read this  (adolescent boys would be too embarrassed to do so and why would girls even care)?  The subject matter will make this a tough sell in the US for pre-adolecsents.

Jack didn’t win many points for me with his lack of veracity (constantly lying just isn’t that funny) and the really poor way he treats people (and girls in particular).  It’s nice that everyone forgives him in the end, but it didn't make me like him.  And there's only so many gross discussions about testicles and pubic hair that I can stomach.
Posted by Paul at 9:49 AM