Drag Teen, by Jeffery Self 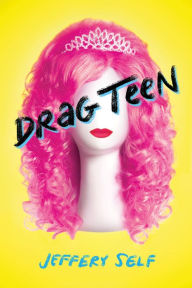 JT hates living in Clearwater FL and working at his Dad's gas station.  But unless he can come up with a way to pay for college, that is where he'll be stuck.  He's tried every idea for a scholarship except one:  Miss Drag Teen -- a beauty contest in New York City for young drag queens.  JT's boyfriend thinks he'd be perfect as JT loves drag.  But after a humiliating prior experience at a school talent show, JT isn't sure he can do it (or that he has any talent for it).

But his boyfriend and his friend Heather convince JT to apply and soon they are on the road, heading north.  On the way, they have various adventures, meeting an old drag queen and a faded Country Music star, both with wisdom to offer.  And the fun continues in New York as they face various challenges in the city.

A fun little story about self-discovery.  For better or worse, it takes the subject matter largely for granted (I suppose we have gotten to the point where gay teens and transvestite teens can be considered common).  That allows us to skip over any need to explain or justify adolescent drag and move into JT's personal character weaknesses.  That avoids some awkward scenes, but also creates an unrealistically cheery view of the lifestyle.

What did get grating was the incredible coincidences that keep happening.  Self puts up a fairly significant number of close calls, from which the kids keep getting bailed out with relatively little impact.  And the ending is far too good to be true.  If you go with the idea that this is fantasy, then it all pretty much works, but I'm still a bit suspect of what feels like a whitewash.
Posted by Paul at 11:46 AM