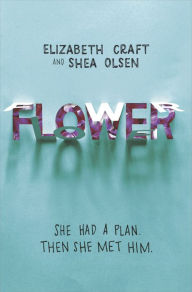 Charlotte knows that the women in her family have a history of making bad choices.  All of them got pregnant young and ended up sacrificing their dreams in search of love that never panned out.  She’s determined not to make the same mistake and has steadfastly focused on her studies, making all the right moves to end up at Stanford next fall.  But then she meets Tate and suddenly she’s finding herself willing to break those promises.  Suddenly, she can’t imagine not having him in her life.

The problem is that Tate is a world-famous celebrity and to be in a relationship with him means joining his high-flying world.  Charlotte feels she can manage it all, but Tate (still reeling from his own issues coping with fame) wants to protect her.  This leads him to switching impulsively hot and cold on the relationship,  and the couple have a series of break-ups and reconciliations.  Each time, Tate blames his behavior on his fears of hurting her and each time Charlotte forgives him, ready to throw it all away for him.

I also disliked the fact that she kept lying to her family and her best friends.  None of that seemed responsible or like the behavior of a young woman with the good sense she is portrayed to have. In the end, how much can you care about a protagonist who makes the same mistakes again and again?  There’s lot of romance and I guess it’s supposed to be hot stuff, but it seemed more driven by lust than any sort of respectful loving relationship.  And it bored me.  Teen Harlequin:  go back to defying my expectations, rather than living down to our preconceptions of your corporate parent!
Posted by Paul at 10:46 AM