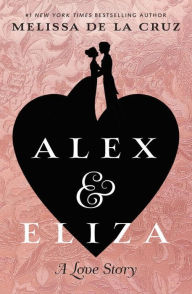 Elizabeth Schuyler, the middle of three daughters of the well-established Upstate New York family,  has turned of marriageable age.  It is propitious time as the family has fallen on hard times since the British army destroyed their Saratoga estate and General Schuyler has been subject to court martial by General Washington.  Forging links with other families will be beneficial, especially in these uncertain times of war.

The story begins inauspiciously as Washington's trusted aide-de-camp, Alexander Hamilton comes bearing grave news and earns the immediate disdain of the Schuyler girls.  While he is charming, he has no real family or wealth and is an undesirable suitor. History, however, tell us it all ended up well in the end (for love at least) and de la Cruz's fictionalized re-telling of the courtship of Alex and Eliza imagines how it all came to pass.

Richly detailed, the author goes through great pains to provide the political background and social realities of life in the Colonies during the Revolutionary War.  That she lets some anachronisms and inaccuracies slip in seems more driven by a desire to make this trip enjoyable rather than errors on her part.  This is not history, but simply a delightful romance, set in eighteenth century parlors.  Less fortunately, I didn't actually find any of the characters compelling.  This is a shame because I would have enjoyed the romance more if I had bonded with Eliza or Alex., who instead seemed too stiff to really care about. Still, I was swept away by the setting and the story itself.  This is the kind of historical fiction that will make a reader more interested in history itself.
Posted by Paul at 9:22 AM