The Names They Gave Us, by Emery Lord 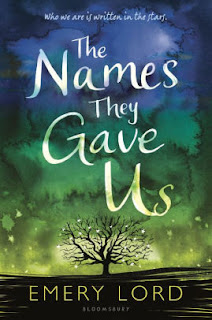 Lucy suffers a crisis of faith when her mother's cancer returns.  But as much as she hates God for letting this happen, she's committed to spending the summer helping her parents run their Summer Bible camp, just as she's always done.

But her mother has other ideas:  she wants Lucy to work as a counselor at a camp nearby for troubled kids.  Way outside of Lucy's comfort zone, Lucy is reluctant to go.  These are not her kind of people and being there will mean not being with her mother for what might be their last summer together.  But in the end, Lucy honors her mother's wish.

Working at Camp Daybreak is every bit as hard as Lucy has imagined and more so.  Her own doubts in Divine Providence aside, she cringes as the children have even less belief in God.  While she initially falters at her new job, she slowly learns how to deal with young people from different backgrounds and develops a greater ability to manage her own world, coming to peace with her own doubts and her fears for what is happening to her mother.

I love a novel which knows how to handle faith and religion.  Neither dogmatic nor condescending (as so many books about young Christians tend to be), Lord portrays Lucy's search for meaning as a reorganization of her attic of faith.  Lucy doesn't code everything in religion, but instead finds herself naturally drawn back to core principles that sound authentic in a person who has been raised in such a world.  Lucy is no zealot, but lives in her faith more comfortably than even she realizes.

I also love Lord's writing style.  There are amazing individual passages in this novel that take your breath away.  The final three pages are probably the most heart-wrenching and merciless prose I have read in years.  A constant barrage of such force would be exhausting, but a tighter less-distracted narrative would have kept up the emotional impact.  Instead, to a maddeningly degree for such a well-written novel, Lord piles in idea after idea (there's an ex-boyfriend, a new romance, a couple different camper hard-luck cases, conflicts with co-workers, and -- way too late -- a family secret that serves no purpose to the overall story).  It's distracting!  I wish her editor had said to her, "That's beautiful, Emery, but why don't you save it for another novel?  Don't you think poor Lucy has enough going on?"
Posted by Paul at 7:41 PM