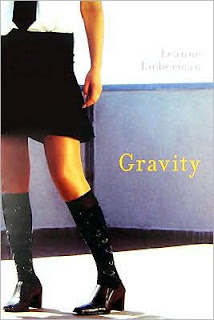 Ellie and her sister struggle with how to fit their Orthodox Jewish faith in with their other needs.  Ellie's sister wants to go to college and study business.  Ellie's problem runs deeper:  she likes girls (or at least she thinks she might).  When she spends the summer at her aunt's cottage, she falls in love with an adventuresome (but disturbed) young woman who is willing to experiment with her.  And while the relationship is a revelation to Ellie, it triggers a crisis of faith as she explores how Orthodoxy views homosexuality.  At the same time, Ellie's mother is also experiencing challenges to her faith and the two women's journeys are nicely juxtaposed.

I have a soft spot for intelligent books about faith.  And while this one doesn't resolve its central crisis, it introduces and explores it in a very informed way.  Orthodox Judaism would be easy to caricature or demonize (think of the novel Hush) and Lieberman touches on some of the community's darker corners.  But the key focus of the story is the spiritual journey of Ellie and her family -- each of whom have slightly different paths to explore. I also appreciate that as far removed from her faith as Ellie got, Lieberman still wanted to depict the tie it holds over her and honor that rather than see it as a burden.  This is not a story about breaking free from faith, but of finding new meaning in faith.