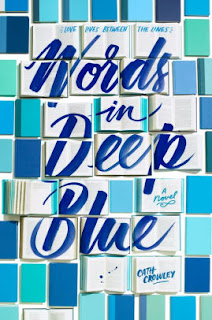 At the bookshop Howling Books (owned by Henry’s parents), there’s a “Letter Library” where people write comments in books and leave notes.  On the night before she moved away, Rachel left a note for her friend Henry where she knew he’d find it.  In it, she had decided to risk everything and confess her love for him.  For days and weeks she waited for his response, but it never came. He kept in touch for a time, acting as if he had never even read the note. Stung and humiliated by his refusal to acknowledge her confession, she eventually cut off all communication with him.

After several years Rachel has moved back to town.  The hurt of the rejection lingers, but she is now grieving over the accidental death of her brother.  Henry meanwhile is facing his own tragedy: his Mom is leaving his Dad and the bookshop is being sold.  But the Letter Library lives on and the stories it tells about its readers becomes a story in itself that traces not only reconciliation between Henry and Rachel, but numerous other relationships.

An odd and quirky novel with a lot of complexity.  I really liked the premise, but the story itself is very hard to follow with a large cast of characters who don’t particularly stand out.  There’s also a lot of off-stage action and the story jumps around.  A patient re-reading (or two) would have brought out more, but I don’t have the patience for that.  What I got from this reading simply wasn’t enough.  Great concept, but poor assembly.
Posted by Paul at 11:44 AM