How to Make a Wish, by Ashley Herring Blake 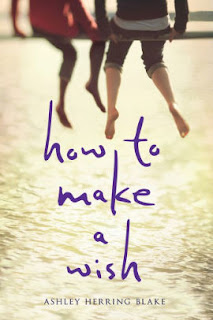 Grace’s mother Maggie is a train wreck, but since the day her Dad was killed overseas, Mom has been the only parent she’s had.  Dragged from one of her mother’s unhealthy relationships to another, Grace has never had much stability.  But she’s had dreams and friends.  The dream: to audition for a piano scholarship in New York.  Her friends: Luca and his Mom who look out for her when things get real bad.  And then, a new girl Eva, who’s just been orphaned and bonds with Grace in ways neither of them expect.  But what good can any hopes, dreams, or wishes do when Grace’s Mom is always there to drag her down again?

A complex story that takes the central conflict between Grace and her mother and ties in so many complicated and wonderful side plots. While Luca and his mother are largely throwaway sidekicks, Eva the orphan girl becomes quite central: as a lover to Grace and also as competition for the affection of Grace’s mother.  The nuanced story between the two girls touches on friendship, romance, and jealousy, and is ultimately critical for Grace’s moment of transcendence.  I’m never a fan of the destructive mother motif, but at least this one focuses on Grace recognizing her codependence and learning to cope with it. That it manages to fit in a meaningful and authentically touching teen romance as well is impressive.

Ultimately uplifting and hopeful, this book beautifully describes a young woman learning to overcome on her own terms the traps laid by her destructive parent.
Posted by Paul at 9:05 AM