The First to Know, by Abigail Johnson 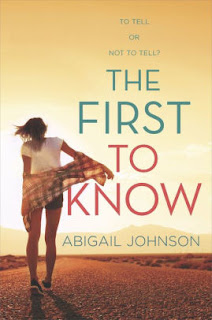 For her father's upcoming birthday, Dana decides to help him find his parents by secretly searching for his ancestors.  Dad was a foster child and never knew his birth family.  Thanks to modern DNA testing, Dana believe that she can find his family.  When the results come back and they identify a man named Brandon who is a 47% match, she thinks she's hit the jackpot and discovered her Dad's father.  But Brandon doesn't turn out to be her grandfather...he's her half-brother!  Reeling from the discovery that her father had a child with another woman and that he's never acknowledged the boy, Dana's life spirals out of control.  While doing so, she finds comfort in the unlikely arms of Brandon's cousin.

While an interesting story, the retelling was a too melodramatic for my tastes.  Dana spends an awful lot of time upset, crying, or fighting with the other characters. Ultimatums are brandied about that never get fulfilled (after a while, I got tired of characters saying that they would "never" so something since the word obviously carries a different meaning for them).  This is a story that would have benefited from trimming and some mellowing.  I was a bit surprised by the ending, but mostly for the way it plunges into a rosy happy ending where none was really even needed.
Posted by Paul at 2:38 PM